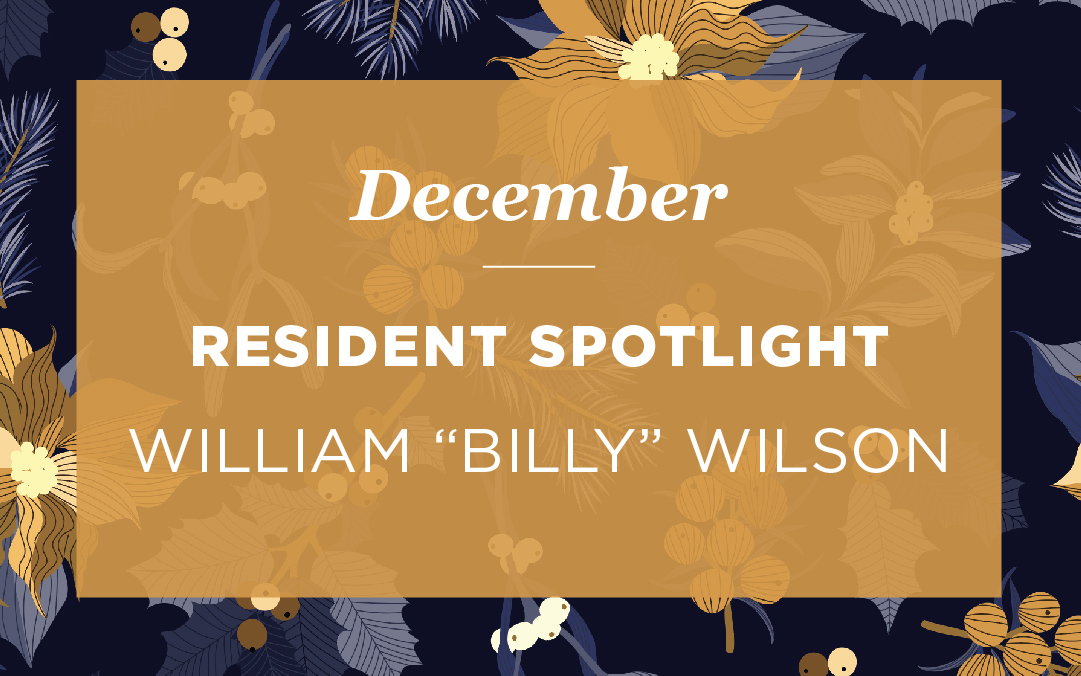 William “Billy” Wilson was born July 7, 1952, to his wonderful parents, George and Judy Wilson, in Tuscaloosa Alabama. Billy had one brother named George Jr. After graduating from Tuscaloosa County High School, Billy started working at Phifer Wire, retiring after thirty years. He has a niece named Danna, and a nephew named Chad. They both have two sons, who Billy loves so much. Billy loves dogs, and his favorite was Nat, a Doberman pinscher. He had Nat for about fourteen years. Billy’s favorite food is BBQ ribs, and he used to love going to Dreamland BBQ. His favorite hobby was boxing. He loved going to the gym and boxing with buddies Mike Hudson and Edger Ross. Billy has been at Regency of Tuscaloosa for four years now, and he has made many friends during his time here. He said he is grateful for all the staff members who have helped take care of him.