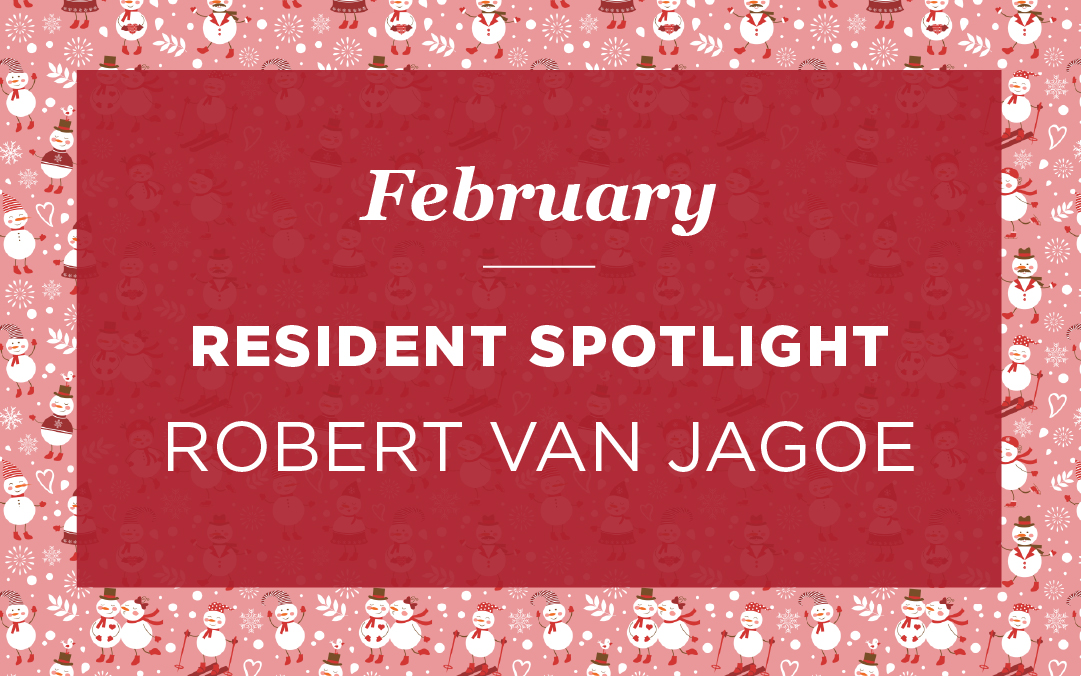 Robert was born to his parents on June 23rd,1959 in Fort Payne, Alabama. He has two brothers and one sister. He’s lived in Tuscaloosa for fifteen years. On March 28th, Robert says he was born again when his son Robert Jr was born. He also has a daughter-in-law and two grandchildren. Robert worked at the post office for seven years and served his country as a first lieutenant from 1979 to 1987.

He loves Chinese food and his favorite animals are golden retrievers. Robert recently rededicated his life to Christ on Wednesday, January 5th, 2022 with the help of DeAnna Smith from New Life Assembly of God Woodstock, AL. He loves sharing his faith with residents and staff. Robert has been with Regency since 2007 and loves it here. Thank you, Mr. Robert Jagoe, for your services!