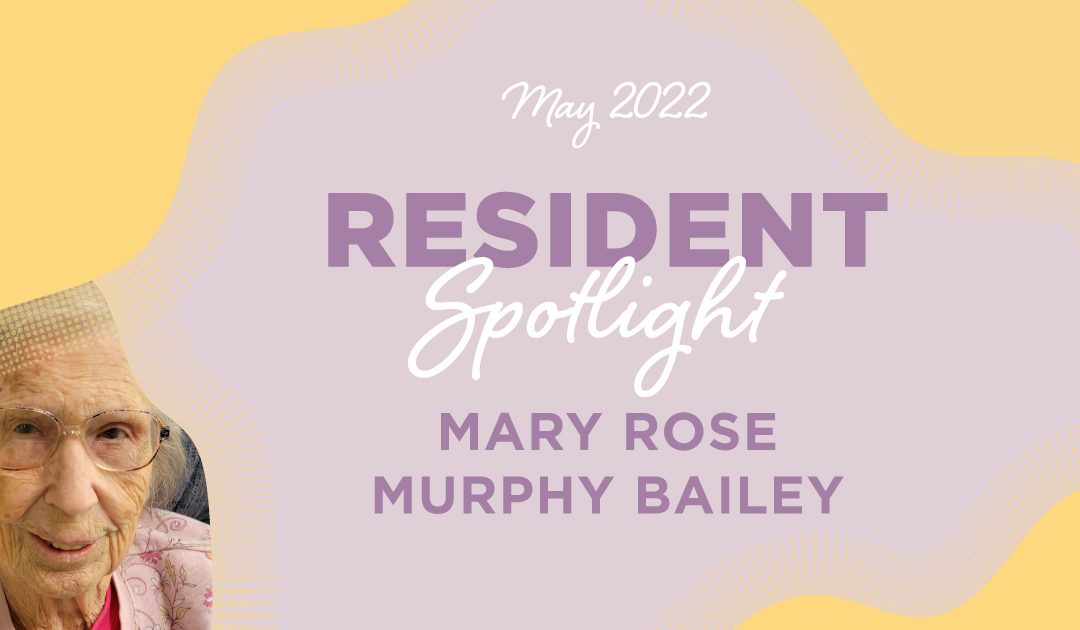 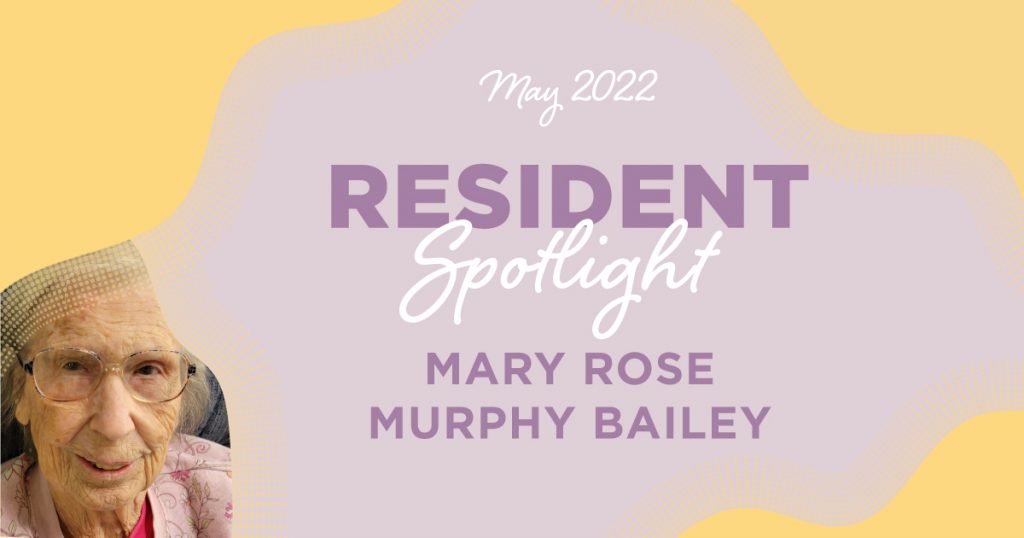 Mary was born December 30, 1928 and is the seventh of eight children from Judge Freeman Murphy and Lilly Ragland Murphy. Mary, her four brothers and four sisters grew up in Eoline, AL. Her father was a hog farmer and a Justice of the Peace. Mary and her siblings were brought up during The Depression and worked hard to be self-sufficient. They raised cows, hogs, chickens and vegetables from their large garden and field crops. One of Mary’s favorite things is syrup and she enjoyed the neighbors coming to help make the ribbon cane syrup. There was always syrup and homemade biscuits on the table.

Mary and two of her sisters graduated from the University of Alabama. The egg money from their farm paid her way through college (1948-1951). Mary received her degree in Social Science and worked for Human Resources in Bibb County.

Mary married Robert Lee Bailey in 1955 and had two sons, Danny and David. Mary moved into the Regency Retirement Village in late November 2021. She enjoys painting, coloring, playing dominoes and Bible study. Her health has improved since joining us, and she’s thankful to have made some good new friends.