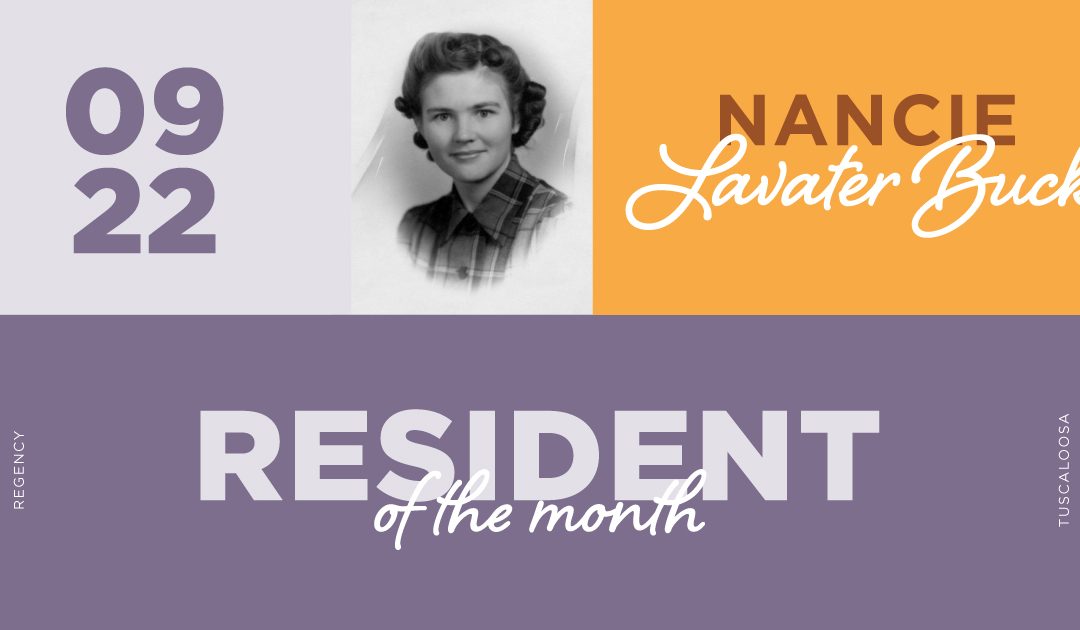 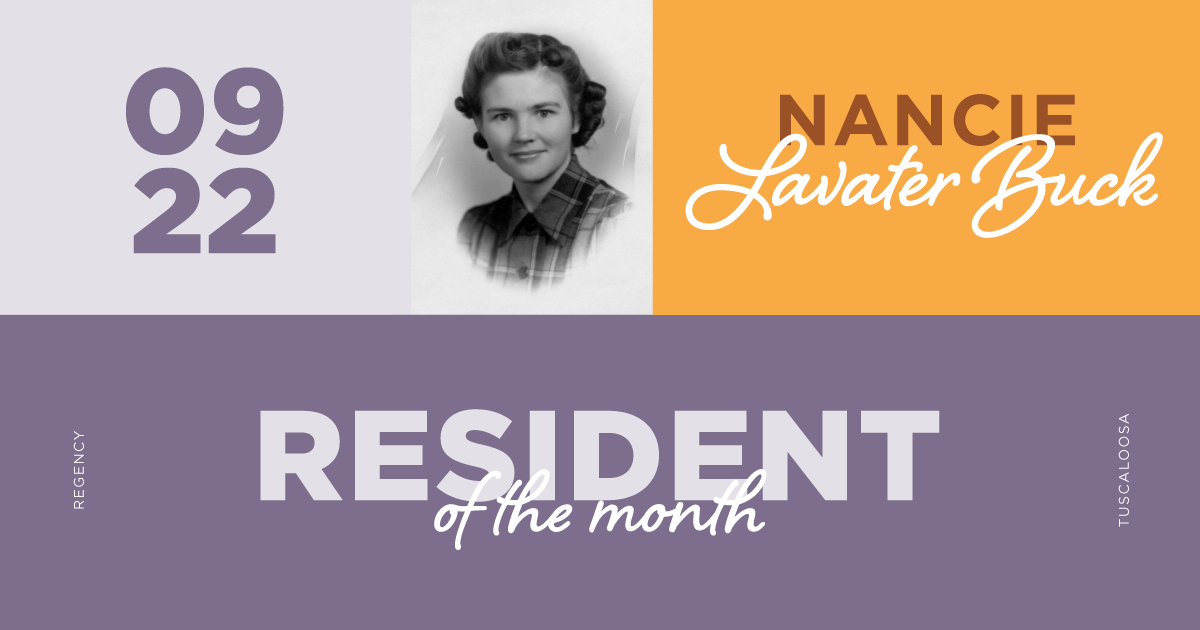 Nancie Lavater Buck was born September 19th, 1922 in Mount Olive, Alabama, to her parents Willie Belle and James Washington Brown. She has fi ve siblings James Price, William Edward, Annie Belle, John Fred, and Mary Ellen. Nancie Lavater was the 2nd child and was named after her maternal grandmother. Her baby brother Fred is 93 and he calls and visits with her weekly.

In the 1930s the family moved to Tuscaloosa and Lavater graduated from Tuscaloosa County High School in 1940. She finished Tuscaloosa Business College in 1941 to become a bookkeeper. Over the years Lavater worked at several places as a bookkeeper. Her last job was as the bookkeeper for John Curry Furniture.

Lavater met her husband Murray George Buck in Tuscaloosa before World War II. Murray was also a native of Tuscaloosa. Murray’s three-year service with the Army Air Corps interrupted the romance, but after the war, Lavater and Murray married on August 9, 1947. They were married for 46 years until Murray passed away on February 20th, 1994.

Lavater and Murray enjoyed visiting with Murray’s nieces and nephews. She regularly treated them to Saturday matinees at the downtown theaters and always remembered them with birthday cards. Lavater attended Alberta Baptist Church and was a lifelong member, often taking one of her nieces with her to church and out to lunch when they were young.

She still reads the Tuscaloosa News Journal every day. She loves working on crossword puzzles, watching baseball, and following Alabama football. Lavater’s family and friends will celebrate with her on Sunday, September 11, 2022, from 2:00-4:00 with a 100th birthday celebration at Regency Retirement Village.